Slider has the magic touch 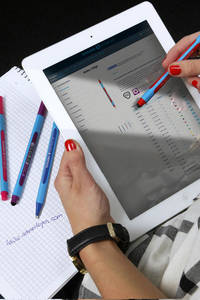 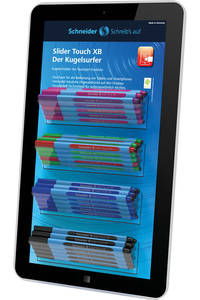 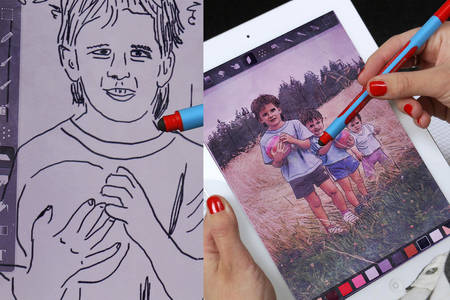 Now, Schneider has put the icing on the cake, or rather Schneider has put a soft touch tip on the barrel end to operate perfectly on capacitive screens of smartphones and tablets! The ballpoint tip lets you put your ideas down on paper while the soft touch tip helps you type messages and texts using the new media, avoiding ugly fingerprints on displays. It is especially comfortable in the wintertime since the touch pen works even with gloves.

In the world of stylus pens, which, for reasons of conductivity are normally made of metal or conductive black plastic, the Slider Touch stands out strikingly with its variety of colours. Schneider has developed a unique operating principle which makes the Slider Touch conductive even with a rubberized surface and coloured plastic. Nobody has accomplished this before, leading Schneider to apply for a patent for this development!

And because the Slider is so popular, it should also be produced in socially and ecologically reasonable circumstances. Schneider ensures this: environmental and social responsibility is part of the corporate culture.

As a third-generation, family-run business there is a strong social bond between Schneider and its employees as well as its subsidiaries. Schneider produces and develops almost exclusively in Germany and can therefore guarantee outstanding product quality and compliance with demanding ecological and social standards. In terms of development and production, Schneider is largely independent and the high level of vertical manufacturing puts the company at the top among German manufacturers of writing instruments. Since 1998, Schneider has followed a professional environmental policy under the world's strictest environmental management system - EMAS. Since September, Schneider has been offering its popular Slider series climate neutrally, becoming the sector's first brand to do so.

An environmentally friendly manufactured writing instrument that writes smoothly with easy gliding, that starts writing immediately and has intense colours and a touch pen function - should leave no customers' requirements unfulfilled.